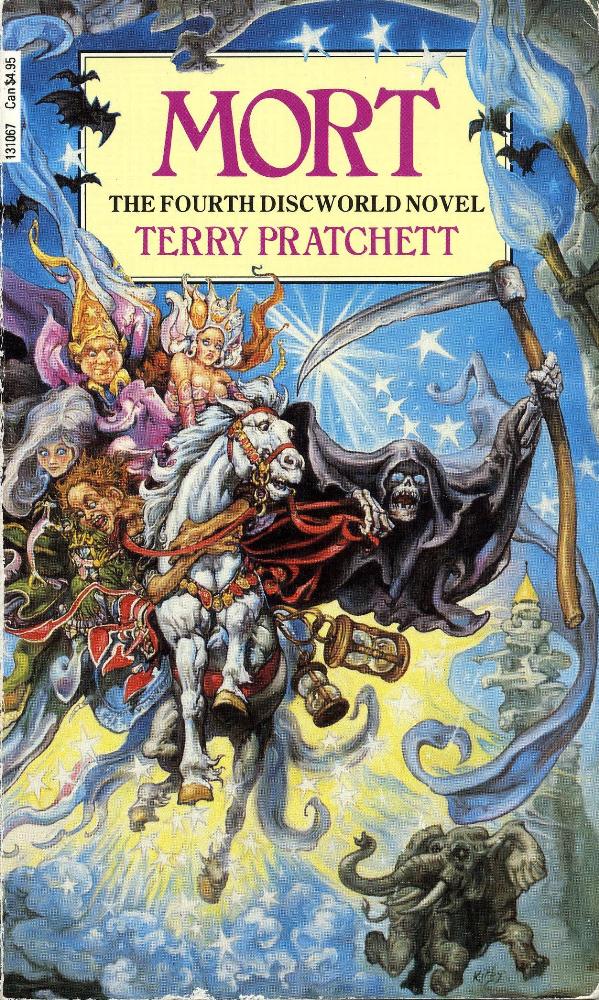 In short, Mort was one of those people who are more dangerous than a bag full of rattlesnakes. He was determined to discover the underlying logic behind the universe.
Which was going to be hard, because there wasn't one.

Reading the previous books of the Discworld series I though several times how much I liked the character of Death, so I was very curious to read the first novel of the sub-series dedicated to him.
The plot is beautiful, the setting wonderful, the characters fantastic... yet I think the best thing about this book is the Terry Pratchett's style, how he plays with the language, how he manage to put the reader totally inside the book.
This book is the work of a genius. Beautiful from all points of view: it transports us into a world that is fantastic in all senses, it captures us with a compelling and exciting story, it captivates us with extraordinary characters and it makes us fall in love with each page because of the exceptional writing of this man. If the next books in the series are even half as beautiful, I still have a lot of fabulous readings waiting for me!

This is the bright candlelit room where the life-timers are stored — shelf upon shelf of them, squat hourglasses, one for every living person, pouring their fine sand from the future into the past. The accumulated hiss of the falling grains makes the room roar like the sea.
[incipit]
Scientists have calculated that the chance of anything so patently absurd actually existing are millions to one.
But magicians have calculated that million-to-one chances crop up nine times out of ten.
(Page 7)
The answer flowed into his mind with all the inevitability of a tax demand.
(Page 31)
After a while he got into the rhythm of it, and started playing the private little quantity-surveying game that everyone plays in these circumstances. Let's see, he thought, I've done nearly a quarter, let's call it a third, so when I've done that corner by the hayrack it'll be more than half, call it five-eighths, which means three more wheelbarrow loads.... It doesn't prove anything very much except that the awesome splendour of the universe is much easier to deal with if you think of it as a series of small chunks.
(Page 37)
'Do you know what happens to lads who ask too many questions?'
Mort thought for a moment.
'No,' he said eventually, 'what?'
There was silence.
Then Albert straightened up and said, 'Damned if I know. Probably they get answers, and serve 'em right.'
(Page 42)
THAT'S MORTALS FOR YOU. THEY'VE ONLY GOT A FEW YEARS IN THIS WORLD AND THEY SPEND THEM ALL IN MAKING THINGS COMPLICATED FOR THEMSELVES.
Morte
(Page 48)
'There's no justice.'
Death sighed. NO, he said [...], THERE'S JUST ME.
(Page 49)
[Mort] browsed through Death's extensive library, reading with the speed and omnivorousness common to those who discover the magic of the written word for the first time.
(Page 56)
He [Death] noticed that the boy seemed rather less elbows than he remembered, stood a little more upright and, bluntly, could use a word like 'expectancy'. It was all that library.
(Page 57)
Mort sniffed. There was a certain something about the air in the city. You got the feeling that it was air that had seen life. You couldn't help noting with every breath that thousands of other people were very close to you and nearly all of them had armpits.
(Page 59)
He advanced slowly towards Mort, while the other two hung back to provide immoral support.
(Page 61)
WHAT IS THAT SENSE INSIDE YOUR HEAD OF WISTFUL REGRET THAT THINGS ARE THE WAY THEY APPARENTLY ARE?
'Sadness, master. I think. Now—'
I AM SADNESS.
(Page 65)
'You're a thief?' said the father. 'A murderer? To creep in thus, are you a tax-gatherer?'
(Page 68)
Let your honest blade thrust like the horns of
a five-year old yok with severe toothache....
Poema che ricorda le gesta degli antenati della casa reale di Sto Lat
(Page 115)
'You're a wizard. I think there's something you ought to know,' said the princess.
THERE IS? said Death.
(That was a cinematic trick adapted for print. Death wasn't talking to the princess. He was actually in his study, talking to Mort. But it was quite effective, wasn't it? It's probably called a fast dissolve, or a crosscut/zoom. Or something. An industry where a senior technician is called a Best Boy might call it anything.)
(Page 116)
His hair was more hairy, his clothes more clothy, his boots the epitome of bootness.
(Page 136)
Because he [the barman] knew his job and knew what was expected of him when people drank alone in the small hours, he started to polish a glass with the slops cloth and said, 'Your lady thrown you out, has she?'
(Page 170)
Keli: As simple as that? You didn't use magic?
Cutwell: Only common sense. It's a lot more reliable in the long run.
(Page 201)
Like a reluctant cork from a bottle, like a dollop of fiery ketchup from the upturned sauce bottle of Infinity, Death landed in the octogram and swore.
(Page 236)
Night rolled onwards across the Disc. It was always there, of course, lurking in shadows and holes and cellars, but as the slow light of day drifted after the sun the pools and lakes of night spread out, met and merged. Light on the Discworld moves slowly because of the vast magical field.
(Page 249)
'Goodbye,' Mort said, and was surprised to find a lump in his throat. 'It's such an unpleasant word, isn't it?'
QUITE SO. Death grinned because, as has so often been remarked, he didn't have much option. But possibly he meant it, this time.
I PREFER AU REVOIR, he said.
at September 15, 2019 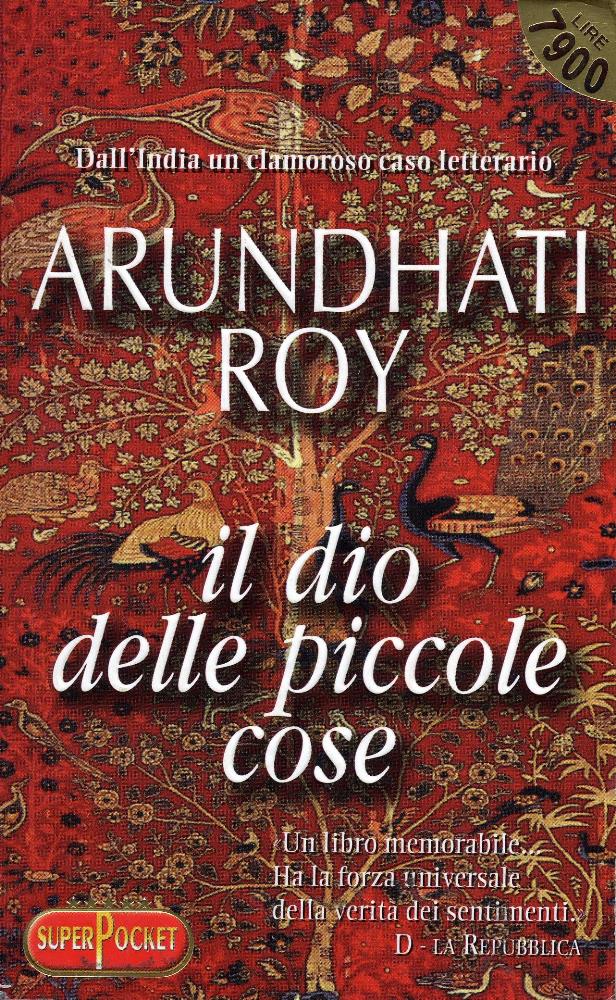